Generating power from the sun requires some pretty smart equipment. Let’s look at the typical components of a solar power system.

Got solar panels or about to buy some? Ask us about our solar power rates.

Solar Panel technology is fast-evolving, with a range of different solar cells being used. In most cases, solar panels have multiple photovoltaic (PV) ‘cells’ created from semiconductive materials. Typically in a residential or business application there will be multiple solar panels to generate the amount of power required to be useful.

The majority of cells found in solar panels are silicon-based, being a good semiconductor for photovoltaic purposes (converting sunlight into electricity). The two most common types of crystalline silicon are Monocrystalline and Polycrystalline. A noticeable difference between these two solar cells is in their appearance, but that’s not the only way they differ. Solar cells made with monocrystalline silicon are typically more expensive than their poly- (or multi-) crystalline counterparts. This is because the silicon is made from one continuous crystal of silicon which requires a more expensive manufacturing process, and also delivers much better conductive results as a photovoltaic cell.

The monocrystalline silicon is such a useful semiconductor, it’s also found in a huge range of electronics. The process of creating monocrystalline involves creating a large silicon ‘ingot’ (as big as 2 metres long and weighing 200kg) from one ‘seed’ crystal. This results in a continuous silicon crystal in the form of a cylinder.

Circular wafers are cut out of the cylinder using powerful saws. These wafers form the basis of photovoltaic cells. Once textured, polished and finished to ensure they absorb as much sunlight as possible, the cells can then be laid out together to form cells in a solar panel.

There’s wastage of material in the monocrystalline silicon process, as the edges of the cylinder and ends are often discarded. What’s left are cells that are a single, dense dark colour with rounded edges that are more efficient in producing energy from sunlight than any other current mainstream solar cell material.

Because monocrystalline material is more efficient than other types of photovoltaic cells, less solar panels - and therefore space - is required to generate power compared to polycrystalline or thin-film variants. They also tend to last longer and perform better in higher temperatures. All this means the more expensive cost of the panels is often worthwhile over the long term. A cheaper but less efficient silicon that’s used in solar cells is polycrystalline silicon. The manufacturing process here is not as complex or expensive as monocrystalline. The polycrystalline process involves melting a bunch of silicon crystals and pouring them into a mould to form a big block of material that can then be cut into wafers. Given the more straightforward moulding approach, there’s no wasted material and the wafers are usually square or at least have straight edges.

Because of the edges in the grain of polycrystalline silicon, electrons do not flow as easily as the monocrystalline variant.

Technological advances in silicon technology are enabling polycrystalline silicon to reach levels of purity that compete with monocrystalline. Polycrystalline silicon cells are the most commonly used in solar panels thanks to their cost. Given that the square shape of poly- variant cells vs. the rounded edge mono- variant allows for greater panel-coverage, efficiency is becoming more comparable (despite poly- being a less efficient material).

Thin film solar cells are a relatively new technology and are much cheaper than crystalline silicon-based PV cells. Here, the manufacturing of cells consists of layering thin films of various semiconductive materials on top of each other. Thin film solar cells are a relatively new technology and are much cheaper than crystalline silicon-based PV cells. Here, the manufacturing of cells consists of layering thin films of various semiconductive materials on top of each other. These materials include silicon but also copper. indium. gallium. diselenide and cadmium telluride. More semiconductive materials are being researched, including organic solutions to support production of thin film solar.

Thin film isn’t usually opted for in a residential setting, because the lower efficiency means more space is required to generate power. However, it’s much lighter and more flexible than its crystalline cousins. It’s ease of installation have made thin film popular for commercial applications like large buildings and schools. The solar inverter is an essential part of the solar power system. Its core job is to manage and convert the direct current (DC) energy produced by the photovoltaic cells on solar panels into usable alternating current (AC).

Solar inverters have other jobs too. Depending on the set up you have, your solar inverter may provide monitoring, storage management and power grid connection functionality. Many modern solar inverters support all these applications.

This inverter or function of a multi-purpose inverter is to provide power independent from the grid, straight from thesolar power collected. Remote locations (like a bush hut) will often used standalone inverters.

This refers to solar inverters that are tied into the grid (typical of residential solar setups). Here the inverter turns energy produced by the photovoltaic cells into AC for use or storage (if you have a battery). Any excess power is fed back into the grid. For safety, these inverters shut off if there’s a power cut, ensuring power isn’t pushed into the grid during repair like lines maintenance. In order for these inverters to work with the power grid, they must match the phase of the grid’s AC. Combined with a compatible power meter, grid-connected solar inverters enable you to sell your solar power back into the grid. Check out our information on solar power buy-back rate here.

If your solar power system has a battery in place for storage, the inverter manages sending power to the battery to be stored and used. Hybrid inverters have the advantage of being able to continue running off battery if mains power goes out. For this reason they have safety functions to completely disconnect from the grid, enabling the battery to continue powering the home.

Talk to your solar power system providers about their inverter options and based on what you want to do with, make an informed decision on which unit is right for you. Solar batteries are an optional component of your solar power set up that enables storage of power for use later. Commonly how this works is that your solar inverter will first power the home’s immediate power needs during day time (such as appliances), then excess power over what’s needed will be stored in a battery. Once the battery’s fully charged, excess power will be fed back into the grid. Then, at night time, when you’re not getting new solar power, you can use battery-stored power first, before tapping into the power grid.

Solar batteries help to work towards a higher percentage of solar power-based energy solutions. Solar batteries can be quite expensive, but expect the cost of these to come down as the technology becomes more mainstream. As with considering solar power installation in general, break down the cost of a battery and compare it with how much power you’d expect to save and over what period.

If you’ve been researching solar power systems for your home or business already, you may have discovered that it’s certainly not an impulse purchase. The cost of installation, panels, inverter and battery are all considerable costs that you need to weigh up against savings or your other motivators.

The short answer to ‘what does it cost?’ is unfortunately ‘it varies’. Some of the factors that can affect price include:

Make sure you shop around and get multiple quotes from reputable providers. Make sure that you are getting a system that meets your current and future needs as a good solar power set up can last 25+ years.

We recommend you read Consumer NZ's report on grid-tied PV solar systems with a section on quoted prices. Remember the cost is going to vary on some or all of the above factors. If you need a figure to start from, we’d suggest budgeting at least $10,000 for a standard solar power system. How solar power is generated

Other pages in the solar power hub

The pros and cons of solar power 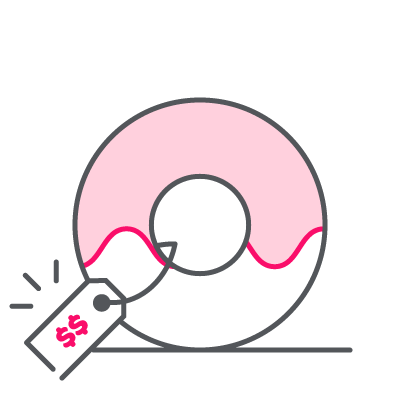 Sorry, our webchat is off for now as the winter bugs have hit our crew. We'll be back on deck as soon as we can!

Sorry, our webchat is off for now as the winter bugs have hit our crew. We'll be back on deck as soon as we can!

Check out our help site